Posted by Gemma on February 1, 2020 in Uncategorized |No Comments

We spent along time looking for a builder to replace our other so called builder someone happy to pick on a project that hasn’t been constructed correctly to comply and put right the errors of construction. We have had a number of builders come out and provide there thoughts and costs to do this.

This week started quite straightforward we hired a mini digger to dig the trenches for the new drainage to the kitchen.

The guys dug the hole to install the new drainage. On inspection Building control asked for the trench to be dug closer to the new foundations during this inspection they saw the depth of the already approved foundation these had been made shallower than when they were previously inspected. We were also informed by Building Control that they inspected the foundations at 1m and had requested that Jeff ground workers dig a further 0.25m to achieve a depth of 1.25m to ensure they were deeper than the existing foundations. This was obviously not carried out and this is obviously why photographic evidence was never received by Assent Building Control. So as a result we have now been asked to order new steels to create a goal post  framework to take the weight of the construction above to ensure that the weight does not go through the already concreted foundations.

A new 600×600 pad foundation at 1300mm deep dug to take the new proposed steel column. This was dug then filled and approved.

The drainage hole has now been back-filled.

We had two guys come to lay the caber first floor to make the site safe and ready for the trusses to be installed. Caber is a water resistant ply wood.

Also we had a floorer come into lay the levelling screed. We came up with a number of issues as the floor was made up of several heights so some had to be filled in to make it as level as possible. This took 4 hours to dry so was carried out on the Friday and then on the Saturday the flooring was laid, this was a long process as there was alot of cutting into be done to make it look good. 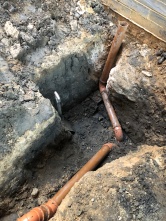 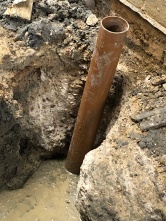 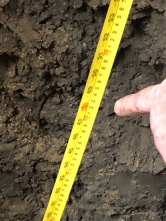 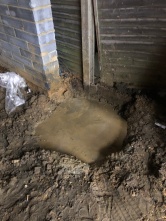 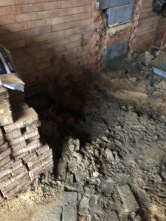 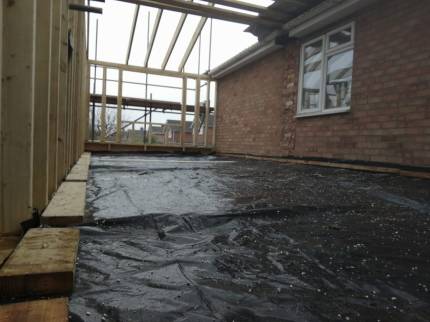 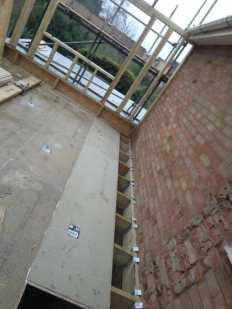 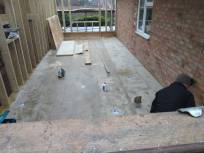 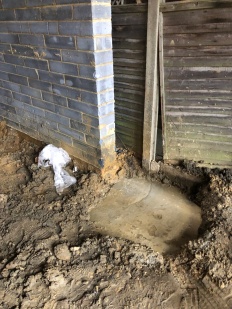 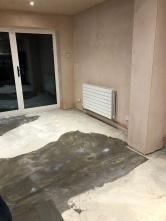 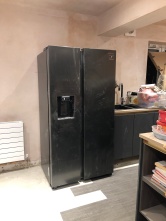 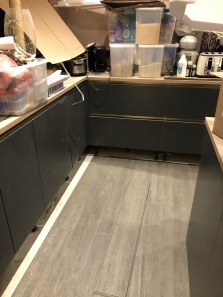 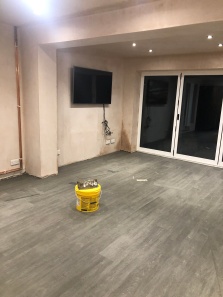 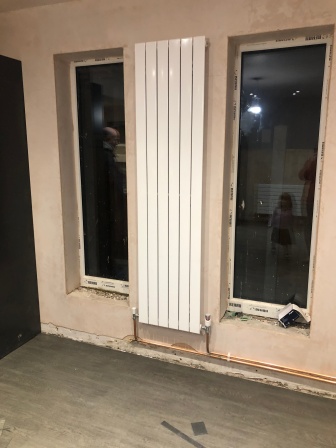 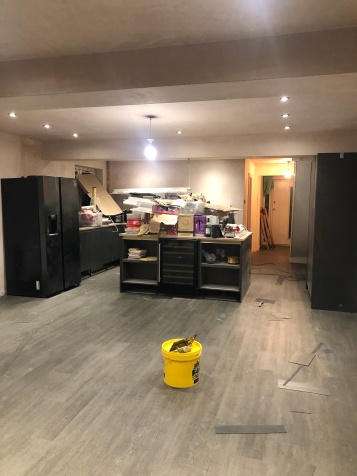 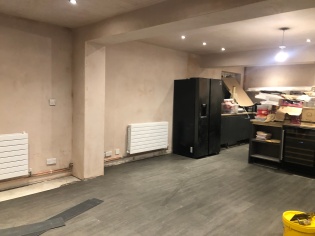 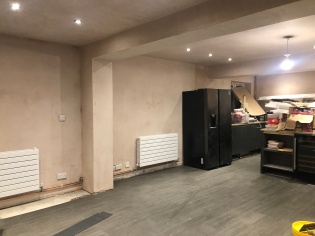